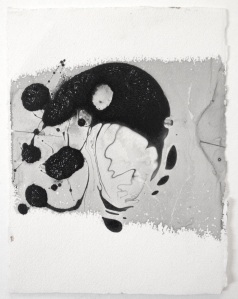 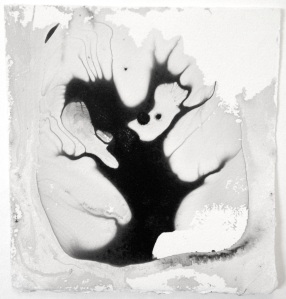 In 2008, I worked with experimental sound artist Mari Garrett to create a realization of her piece, “Pilgrimage to the sound — 2 (with yasujiro)”. The score requests that the performer follow each stroke of the kanji character that is on the grave of Japanese filmmaker Yasujiro Ozu.

In our realization, I played the contrabass, devising a system of how to translate the strokes of drawing the kanji by bowing the bass in a series of special ways that would represent the stroke order as well as the horizontal, vertical and diagonal orientation of the strokes. Mari poured water and oil-based paint into a basin and placed a device in the paint that was connected to my bass, so that the vibrations of the bass sounds would mix up the paint. In essence, we were attempting to turn the image of the kanji into a sound, and then back into a new image: a sound painting. 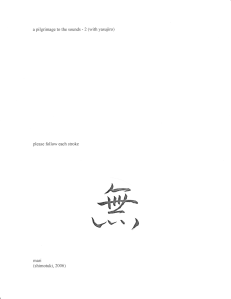 Here is a description of the performance procedure: 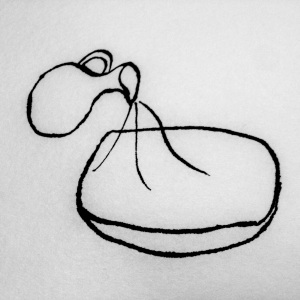 Pour water into a basin. 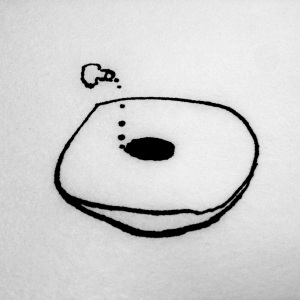 Next, add some oil-based paint. It floats on the surface of the water. 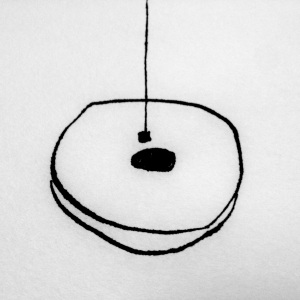 A fishing line with a small weight is dangled into the paint. 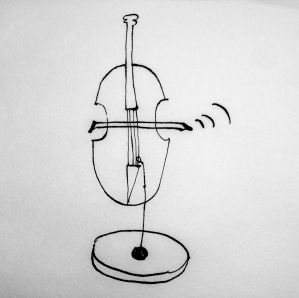 The fishing line is connected to a string on a contrabass. The string is bowed in a special way, such that each bow corresponds to the individual strokes of the kanji. 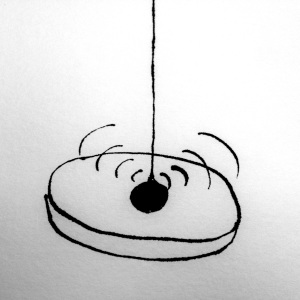 The vibrations from the bass travel down the fishing line and vibrate the weight, which in turns vibrates the paint. 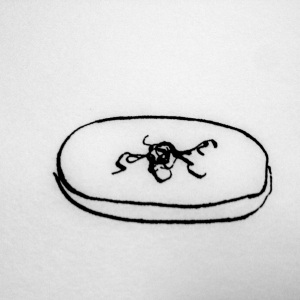 The paint begins to move around on the surface of the water. 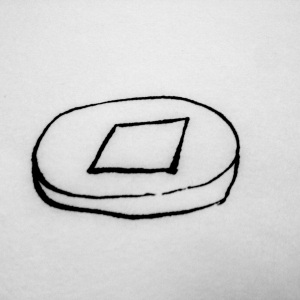 A piece of paper is carefully placed on the surface of the water, covering up the paint. 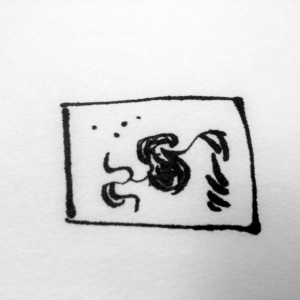 The paint is transferred to the paper to make a sound painting.

Here is one of them.

One thought on “Sound Paintings”